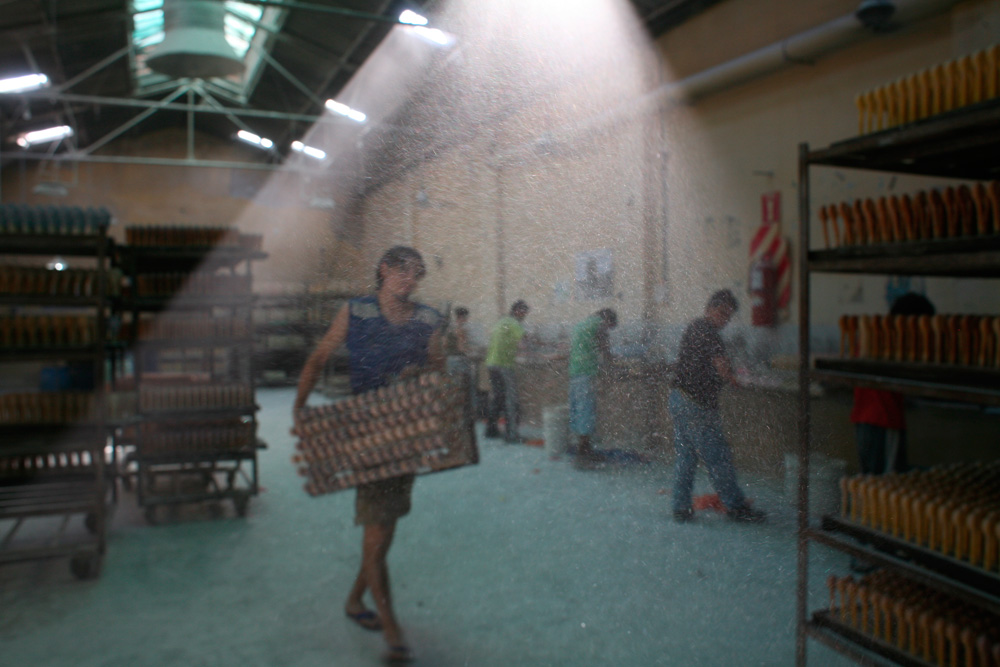 Argentina's oldest balloon facoty has been under worker control since 2004. Originally opened in the 1940's, after years of tax evasion, the previous owner closed the factory over a weekend, owing the workers months of back pay. Since attaining cooperative status, workers/co-owners of the factory say it has been a struglle, but they have managed to maintain a profit.